The police and prosecutors in general have had the tendency to call anyone as prosecution witness without any notice to the defense counsel. After calling the first prosecution witness, which is usually the complainant (though they are not bound to call the complainant as their first witness), the prosecution will call anyone it likes as its witness. And on many occasions, it can call as a witness someone not listed as a witness on the list of witnesses that was part of the proof of evidence filed by the prosecution.

The simple issue at stake is: what is the implication of prosecution calling a witness whose identity was not known to the defense in advance? The obvious danger in this is that it denies the defense the opportunity to prepare well for the cross-examination of such witness. To effectively cross-examine a witness, the defense counsel needs to know in advance who the witness will be and the general nature of his testimony. The way Nigerian criminal procedure law has tried to address that mischief is by the provisions of Section 379 of the Administration of Criminal Justice Act (ACJA).

Section 379(1)(a) of that Law sets out certain mandatory items which the proof of evidence consists of. (a)(I) is the list of witnesses the prosecution intends to call. (a)(iii) is the summary of statements of the witnesses.

The implication of Section 379(1)(a) of ACJA is that the prosecution cannot call a witness, not listed in the proof of evidence filed with the registrar of the court and served on the defense counsel. Also, the prosecution must file and serve as part of the proof of evidence a summary statement of each such witness listed. Again, the goal is to enable the defense prepare to cross-examine the witness and to raise objections during direct examination.

The provision of Section 379(1)(a) is mandatory. It is not subject to the discretion of the court. And failure to comply with it is a ground for appeal or disqualification of a witness. The area where there may be some ambiguity is as to how to file and serve the proof of evidence that will contain these mandatory proof of evidence as supplementary proof of evidence. It is correct to assume that the procedure will be the same as any amendment to the charges or rules governing the filing of supplementary process. That is actual filing and reasonable notice. So, what happens if the prosecution files an supplementary list of witnesses and/or witness statement on the day of trial and serve it on the defense just before the court starts sitting? That can be a ground for defense to request of adjournment and where the late filing of the supplementary process is the sole reason for the defense request for adjournment, it should be treated as adjournment at the instance of the prosecution.

The bottomline is that Section 379(1)(a) is that as far as calling of prosecution witnesses are concerned, trial by improvisation is not allowed. Also, the omnibus listing of witnesses with languages such as “and other witnesses” or “members of the investigative team” or “investigating police officer” are no longer allowed. The law calls for the “name of the witness” and not the description of their offices. However, where more than one witness is listed, the prosecution can call them in any order that pleases him.

The next area of ambiguity is as regards the “summary of the statement of the witness”. What exactly does this mean? There is no case law in Nigeria where this has be clarified by the courts. A commonsense approach will suggest that any general statement that points to the nature of the testimony of the witnesses will suffice. Example, a police officer coming to testify for the prosecution can have as his summary statement the following: “Witness shall testify as to the contents of the Investigative Report Attached” or “as to his investigation activities relating to the alleged offenses”. But the following example of a statement will not suffice: “The witness shall testify for the prosecution to prove the charges herein”.

This topic is very important because it prevents the abuses by prosecutors whereby a prosecutor whose witness is absent in court would take any other police officer to a corner and couch him on what to testify and then put him in the witness box, just to avoid the court knowing that the intended witness did not come. Such practices delays trials and prejudices the defendant.

Furthermore, the provisions of Section 379(1)(a) are designed to give effect to Section 36 of the Constitution of the Federal Republic of Nigeria, 1999 (as amended). Section 36 requires among other things that a person standing trial for a crime should be given reasonable opportunity to defend himself, which includes the opportunity to controvert the evidence against him and to challenge witnesses called against him. This basic fair hearing requirement is defeated each time the prosecution is allowed to ambush a defendant with a surprise witness and surprise testimony.

Unfortunately, many defense lawyers are not aware of the import of Section 379(1)(a) of ACJA. When should the defense counsel take advantage of Section 379(1)(a)? The best time is to raise an objection the moment a witness whose name and summary statement are not on the proof of evidence is called to testify. Such an early challenge helps the entire administration of justice because it give the court an opportunity to resolve the issue than allowing it to derail the entire trial on appeal. Remember that if the court of appeal is of the opinion that conviction could be sustained without the testimony of the problematic witness, it may not reverse the conviction. If, however, the defense fails to raise an objection at the earliest moment, he can raise it either by way of a no case submission or in his final address, as well as on appeal. Being a statutory requirement, the defendant cannot be said to have waived his rights by failing to object during trial. 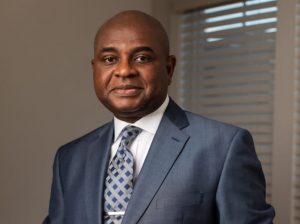 The Nigerian economy: Between the federal ministry of deficit and debt, and the central bank of politics — By Kingsley Moghalu 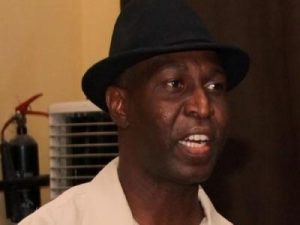 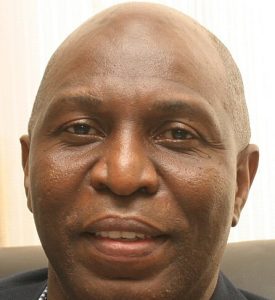 Sam Omatseye as a kept man — By Uzor Maxim Uzoatu