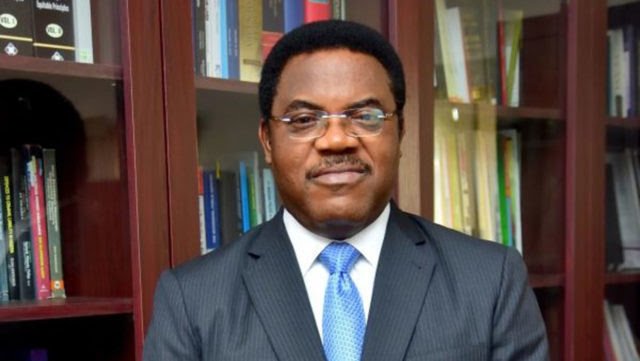 One of the presidential candidates in the ongoing NBA National Elections, Deacon Dele Adesina, SAN, has called for the cancellation of the election, describing the process as fake.

Adesina’s statement was contained in a letter written to the Chairman of the ECNBA, Tawo Tawo, SAN.

RE: THE NIGERIAN BAR ASSOCIATION 2020 NATIONAL OFFICERS ELECTION: PETITION AGAINST THE MANAGEMENT OF THE ELECTORAL PROCESS.

I am one of the Presidential Candidates for the Nigerian Bar Association (NBA) in the on-going National Officers’ Elections and I forward this Petition in this regard.

Upon the receipt of the Verified Voters List published about five (5) hours to the commencement of the Election, my team and I after a painstaking perusal of the List observed that the List contained grave errors of omission and commission including but not limited to the following:

1. Names of purported Lawyers without Branches ascribed to them from Serial Number 25171 to 29635;

2. Names of Lawyers under the subheading “International Diaspora” from Serial Number 12182 to 12268. A clear violation of the provisions of the Constitution of the NBA;

3. Inflation of the List of some Branches. For instance, Obollo-Afor Branch on the Final List for Verification had only 39 names on the List from Serial Number 30424 to 30462. Strangely, this increased to 662 on the Verified List;

4. Deletion of Names of Members removed from the Final List;

5. Many Members names found their way to Branches other than their own Branch.

I took this matter up in a telephone discussion with the other two Presidential Candidates, Dr. Babatunde Ajibade, SAN and Olumide Akpata Esq. and a preferred suggestion was made that the matter be taken up informally with the Committee Members in the interest of the integrity of the Association. In furtherance of this, I raised the above issues with the President of the NBA and a member of the Electoral Committee. Some explanations were made though unsatisfactory by which time voting had actually started. The Electoral Committee admitted this error in their Statement No. 019 when they said among other things that “the situation is regretted but arose because members in the course of Verification did not fully update information on their current Branches and/ or sex.” Yet, nothing was done to rectify the situation.

In addition to the above, several observations and protests have been made by different members of our Association which questions the integrity of the process as well as the result of the process.

Some of the protests received from different Branches are as follows:

1. Very many members, particularly from the Branches in the West, like Ibadan and Ado-Ekiti, did not receive the link to vote and some of those who received the link could not vote. The same protest came from several Branches in the North, like Gombe, Katsina, Birnin-Kebbi, Yobe, and Kaduna.

2. The same complaint was lodged vehemently by members of NBA Enugu Branch.

3. Several cases of reported disenfranchisement by members whose names were not on the list. A Senior Advocate of Nigeria who contacted the helpline line to lodge his complaint was told that it is because he did not have his SAN’s number. Query! Is SAN’s number a requirement?

4. Issues were also raised on the security of the NBA Membership Portal. On the 9th of July 2020, a letter was forwarded to the Chairman of the Electoral Committee raising several issues on the need for a credible Voters List and the need to know the service provider with a view to interrogate the process. This letter was flagrantly ignored by the Committee.

As at the time of writing this statement, at 2:00 pm, the System confirmed the following figures:

Total Votes Cast (including those who abstained): 14,941

The Addition of Votes Recorded plus Notices yet undelivered amounted to 29,820 which is 185 votes over and above the total number of voters on the Voters Register.

It is also significant to note that the System used for this Election was said to have been registered the very day the Election was to start and MoU was signed on that same day. This was done all alone by the President of the NBA. There was no opportunity to interrogate the System before the commencement of the Election in order to determine its vulnerability, security and capacity. The inability to deliver 14,000 notices to prospective voters 13 hours after the commencement of the Election is not only evidence of lack of capacity on the part of the System but also a clear disenfranchisement of these prospective voters.

I call on you Mr. Chairman and Members of the Electoral Committee of the Nigerian Bar Association to cancel this sham Election. It is needless to say that if the process is bad, the product cannot be good.

STATEMENT BY DELE ADESINA SAN SUPPORT GROUP ON THE CONDUCT OF THE NIGERIAN BAR ASSOCIATION ELECTION, 2020

On behalf of the Dele Adesina Support Group, we write to express our displeasure over the process and conduct of the NBA Election 2020.

The ongoing Election which generated a lot of interest, within and without Nigeria has brought another bad testament to the legal profession in our dear country. In the build up to the election, the Electoral Committee of the Nigerian Bar Association (ECNBA) and the leadership of the bar had promised a free, fair, and credible election that will change the narrative of our recent electoral experience. Our campaign organization in keeping with the hallowed tradition of the Bar which encourages obeisance to rules and regulations decided to play by the rules and formally complained to the ECNBA when infractions to the Constitution of the NBA were noticed.

Our ICT Consultants have further informed us that though the voting site ostensibly appears credible on the surface, it is apparent that the data uploaded to the site was programmed and preconfigured to achieve a desired result in an obvious case of data diddling. Consequently, we have every cause to query the data uploaded on the voting platform as same appear to have imprint of a manipulated poll. Several members of some Branches where our candidate enjoys huge support including, Ikeja Branch, Ibadan Branch, Enugu Branch, Ilorin Branch did not receive voting links for election.

It is on record that none of the aspirants was given an opportunity to interrogate the voting portal prior to the election. Surprisingly, the final voters list which was released about 5 hours to the commencement of the poll contrary to the provision of the NBA Constitution (2015) as amended, which provided that same shall be released not later than 28days before the election, contained the names of at least 86 persons alleged to be members of International Diaspora. We wonder when the NBA established an International Diaspora Branch! There were also over 4000 names without Branch. Several Branches had names of their members uncaptured while several strange names were wrongly added to the list of some other Branches.

Highlight of some of the noticeable infractions on the final voters list are:

2. Over 4000 names were without Branches as required by the NBA Constitution.

3. 86 lawyers were described as belonging to International Diaspora contrary to the provision of the NBA Constitution.

4. Padding of Voters’ list of some Branches, and reduction in the number of

published voters’ list of others. An example is Obollo-Afor Branch which has over 661 names on the voters list when the actual voters list is less than 60.

5. Several branches had names of hitherto eligible voters removed from the final list.

6. Several members had their names listed in Branches other than theirs.

7. Many members have reported that they received notification of confirmation of voting when they neither received voting links nor voted.

From the foregoing, there is no doubt that the ongoing NBA Election lacks all features of credibility and transparency. We are therefore by this notice demanding immediate suspension of the ongoing election process to a later date when a clean list must have been prepared and published. The ongoing process is discredited and does not represent the dignity of our most honourable profession. 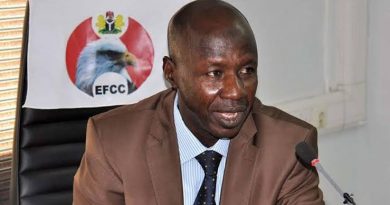 The EFCC and Its real role in Nigeria 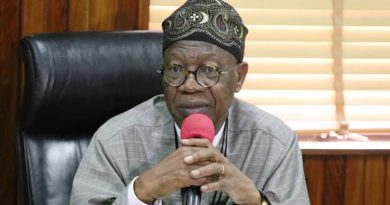 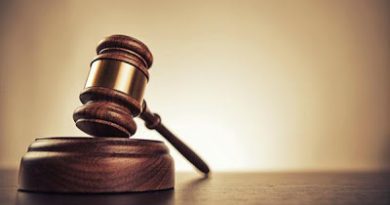