Aisha Buhari, the wife of President Muhammadu Buhari has shared photos of her daughter’s graduation, Zahra Indime from a foreign university amid the ongoing strike action by the Academic Staff Union of Universities (ASUU)

Recall that Nigerian students in public universities have been at home for months after the university lecturers embarked on strike over the inability of the federal government to meet their demands.

ASUU had declared the commencement of a strike on Monday, February 14, 2022, at the University of Lagos but after a month, the lecturers extended it by eight weeks, noting that the government needs more time to look at its demands.

Following the Federal Government and lecturers’ inability to reach an agreement, the union on May 9 further extended the strike by 12 weeks.

The university teachers are seeking improved welfare, the revitalisation of public universities, and academic autonomy among others.

Several meetings between government representatives and ASUU have ended in deadlock. One of such was held about three weeks ago with the Professor Nimi Briggs Committee at the National University Commission (NUC) in Abuja.

The union however declared an indefinite strike on August 29, 2022.

While the students remain at home, Mrs. Buhari, on Tuesday, shared pictures of herself and her daughter who is said to have graduated with a First Class honours in Architectural Science in the UK university.

The post immediately attracted condemnations from Nigerians on Facebook who reminded her that her husband, the president, has not been able to resolve ASUU strike, but is sending her own children overseas for education. 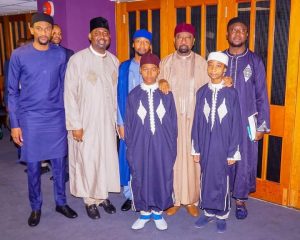 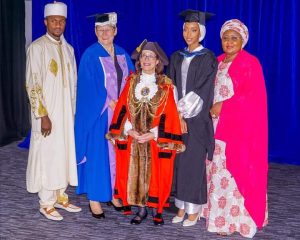 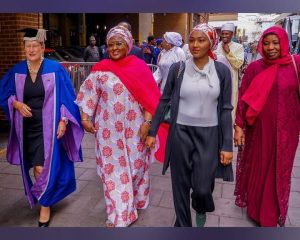 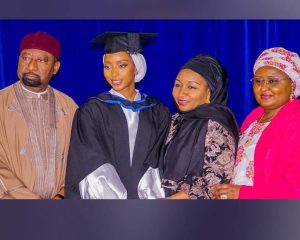 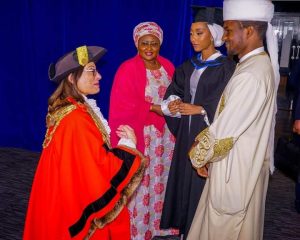 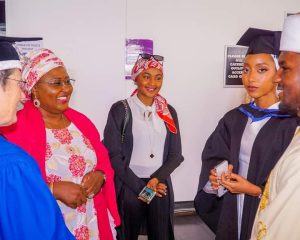