The Lagos State Commissioner of Police, Hakeem Odumosu, has said efforts are on to arrest the suspected killers of the Chief Executive Officer, Super TV, Usifo Ataga, in the Lekki area of the state.

Odumosu also said Ataga’s account had been blocked to prevent further withdrawals from it by those taking advantage of his untimely death to deplete the account.

The CP told PUNCH Metro that the police had intensified efforts to locate the whereabouts of the killers, adding that there was no adequate security arrangement at the scene of the incident to aid police investigation.

He stated that Ataga and a lady had lodged in a service apartment for at least three days, adding that the suspect stole the deceased’s personal belongings after perpetrating the crime.

Odumosu said, “The place where the incident happened is a block of flats and the lady, who rented out the flat is in our custody. She has been using the place for short-let and does not live there; she is assisting us with the investigation.

“The preferred suspect we are looking for went to the flat on Sunday and the victim went there to join her. They were there together for about three or four days and the victim was to travel to join his wife in Abuja to celebrate his birthday the following day.

“They were both in the flat and using his car to go out and return to the flat. So, when he was nowhere to be found on the day of the incident, the police went to the apartment around 4pm and found his corpse on the floor of the flat.

“He was wearing only a pair of boxers and in a pool of his own blood, but the lady had left with some of his personal belongings. Investigation led to the arrest of the person, who owns the apartment.”

Odumosu stated that investigation revealed that appropriate documentation was not done when the owner of the service apartment sublet it to the victim and the suspect, adding that the apartment lacked appropriate security measures.

“But there was nothing like that and that is negligence on her part. If she is using the place for that purpose, it is not licensed or known to law. Maybe the man had secured the place prior to the lady going there or maybe it was the lady that booked the place, but the lady checked in before the man.

“The victim’s bank account has been blocked to prevent further withdrawals. Investigation is on for us to get to the root of the matter. But if the place has full security apparatuses, it will be a bit easier for us.”

Meanwhile, an Instagram user, @peti_annie, while reacting to Ataga’s death, said she saw a half-caste lady publicly fighting with the deceased around the Eko Hotel for allegedly buying drinks for some other ladies.

She also suggested that the half-caste lady could be the suspect, explaining that she exhibited some toxic behaviour while fighting Ataga.

She wrote, “Omg!!!! Damn danmmmmmm I saw this man this Wednesday at crossroad Eko H with this half-caste chick that was fighting him seriously in public for buying drinks for some chicks. I was like this girl is to damn toxic for such a gentleman. Am sure is same girl that killed him. Am screening Now. Am shocked. Just the Wednesday wow.” 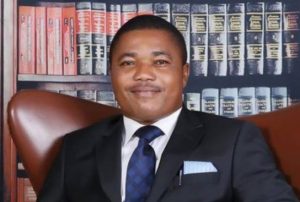 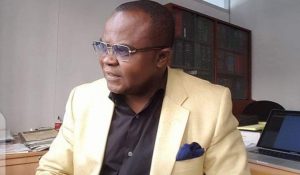 How I went to prison without committing any crime — Emeka Ugwuonye