Posh vehicles recovered by the Independent Corrupt Practices and Other Related Offences Commission (ICPC) from the house of a former Chief of Army Staff, Lt Gen Tukur Buratai (retd.), being used by a proxy have surfaced online

The pictures which was released by Sahara Reporters include the safe where foreign currencies were recovered, Mercedes Benz 2022, Bulletproof G Wagon (voice customized), recovered from him valued at N150 million and BMW also recovered from him during the execution of a search warrant. 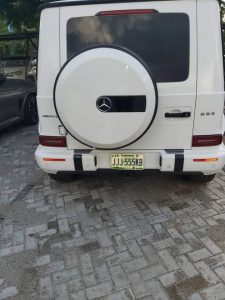 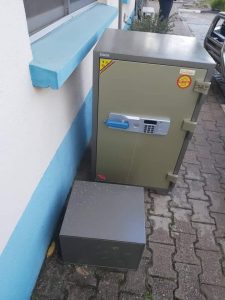 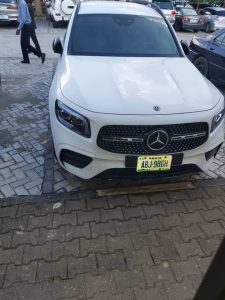 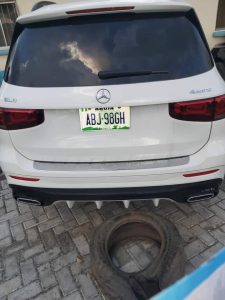 Recall that Sahara Reporters had reported how the house was raided last Thursday by ICPC officials, who found over N1 billion and expensive vehicles said to be from funds meant to prosecute the war against Boko Haram.

ICPC confirmed the recovery of cash, vehicles and other items from a military contractor fronting for Buratai.

Azuka Ogugua, the spokesperson for the commission, disclosed the arrest in a statement on Friday.

ICPC officials last Thursday stormed a property in Abuja, recovering cash, vehicles and wrist watches worth billions of naira from a man who said they belonged to Buratai.

Sources said the anti-graft agency was tipped off about the cash haul by the Nigerian Financial Intelligence Unit (NFIU) during a probe of Kabiru.

Subsequently, the NFIU transferred the matter to ICPC, which deployed its operatives to invade the property in Wuse 2 of the Federal Capital Territory (FCT), Abuja.

The huge cash according to Sahara Reporters was part of the billions of Naira earmarked for the purchase of arms and ammunition by the Muhammadu Buhari-led government.

“Last week Thursday, ICPC officials stormed a house in Wuse area of Abuja, beside National Open University and arrested a man, Kabiru Salisu (Sallau) after they saw N850 million cash in the house,” a source had told SaharaReporters on Thursday.

“He claimed the money belonged to Tukur Buratai who was in Cotonou at that time.

“Officials of the ICPC took him to an office where another N1 billion in cash was also discovered. Also, bulletproof cars, BMW, G-Wagon worth N450m were recovered.”

Reacting in a statement on Friday, Ogugua said acting on intelligence, the commission raided the residence in Wuse 2, Abuja, where the expensive items were found.

The statement read, “The Commission wishes to state that ICPC operatives raided a property in Wuse 2 of the Federal Capital Territory (FCT), Abuja, on Thursday, 16th June, 2022 between 5:00pm and 12:00am in suspicion of money laundering.

“Facts available for the time being indicates that the property is owned by owner of K Salam Construction Company, a military contractor.

“The Commission arrested the Managing Director of K Salam Construction Company Nigeria Limited, Mr. Kabiru Sallau and investigation is ongoing. The Commission is yet to conclude its investigation and prefers not to preempt its outcome and also avoid the frenzy of a media trial.”

A source had earlier said the commission was under pressure to reduce the amount found in the ex-army chief’s house to as low as N30 million.

In March 2021, Nigeria’s National Security Adviser (NSA), Babagana Monguno revealed that funds running into billions of naira meant for the procurement of arms and ammunition under the past service chiefs were unaccounted for.

His revelation came a few months after President Buhari replaced Buratai and other service chiefs.

According to Monguno, neither the money nor the arms were on the ground upon the resumption of the new service chiefs.

“Now that he (President Buhari) has brought new people (service chiefs), hopefully, they will devise some ways… I’m not saying the former service chiefs diverted the money, but the money is missing. We don’t know how, and nobody knows for now,” he had said.

“The President will surely probe this matter. As we speak, the Nigerian Governors’ Forum too is also wondering where all the money went. I can assure you the President takes issues of this nature seriously.

“The fact is that preliminary investigation showed the funds are missing and the equipment is nowhere to be found.

“When the new service chiefs assumed office, they also said they did see anything on the ground.”