The actress announced her engagement about a week ago via her official Instagram page.

However, the movie star took to her verified Instagram page to share some pictures of herself and her sweetheart, sharing the pictures, she captioned one of the posts, “It’s about to go down!” Shortly after publishing the pictures her fans and friends took to the comment section to congratulate the thespian.

However, some queried the filmmaker asking why she did not reveal the face of her husband-to-be.

Born on 21 April 1982, the Nigerian actress also had a stint in politics as she was included in the cabinet of former governor of Imo state Rochas Okorocha as his Special Assistant on Lagos State Affairs and later became his Special Adviser on Public Affairs in 2011.

See the photos below: 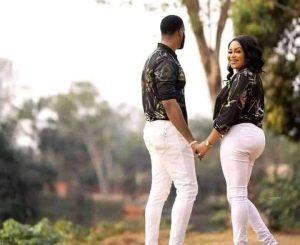 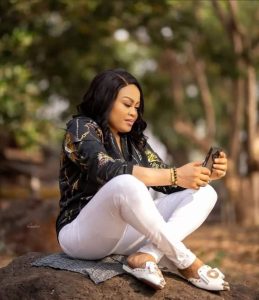 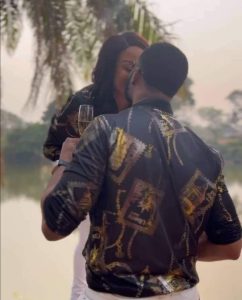