The Kwankwaso who is the presidential hopeful of the New Nigeria People’s Party said that Peter Obi’s presidential ambition has been stained by IPOB’s agitation in the Southeast.

Kwankwaso told Channels TV during an interview that northerners despite being the worst victims of President Muhammadu Buhari’s “maladministration” still believed in Nigeria’s unity.

He declared that northerners were opposed to IPOB’s secession agitations in the Southeast, where Mr Obi comes from.

He also stressed that Mr Obi and Labour Party could not win the 2023 presidential election even if they had a landslide electoral victory in the Southeast.

The NNPP flag bearer further added that Mr Obi would be better off as his running mate.

Meanwhile, many Nigerians who reacted to Senator Rabiu Kwakwanso’s remarks on Channels Television, have describes it as dumb and stupid.

Some argued that if every Nigerian should go by Senator Rabiu Kwakwanso’s yardstick, even president Muhammadu Buhari is not qualified to stand as Nigerian president because Boko Haram once appointed him as their mediator.

Recall that Buhari also told Jonathan’s government that attack on Boko Haram was an attack on the North.

Others however said that both Rabiu Kwankwaso and Atiku Abubakar are not fit to run for the presidency because they have been stained by Boko Haram, bandits and herdsmen. 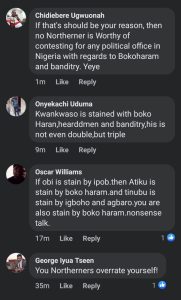 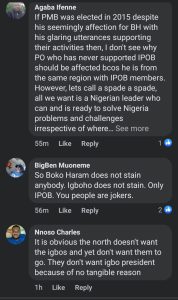