Nigeria remains the country in which arrests are most rarely done with warrants.

The essence of having the police obtain a warrant before arresting a person or searching his space is to underscore the importance of human rights and the unique role of the courts (judiciary) as the guardian of the constitution and the rights enshrined in it. The requirement of a warrant is to place a deprivation of liberty under the control of the courts. That is: nobody should lose his liberty without going through the courts. This is because the courts are the branch of government most situated to adjudicate any question of rights and justice.

Ideally, to obtain a warrant of arrest, the police officer must go before a judge or magistrate with a declaration of facts or sworn affidavit and state that a certain person is reasonably suspected to have committed a particular offence and that he needs to apprehend such person. The court reviews the facts and issues a warrant authorizing the officer to arrest such a person.

When the police officer comes to arrest you, he must show you the warrant of arrest before making the arrest. The warrant must state the court and judge that issued it and the offence for which you’re being arrested. 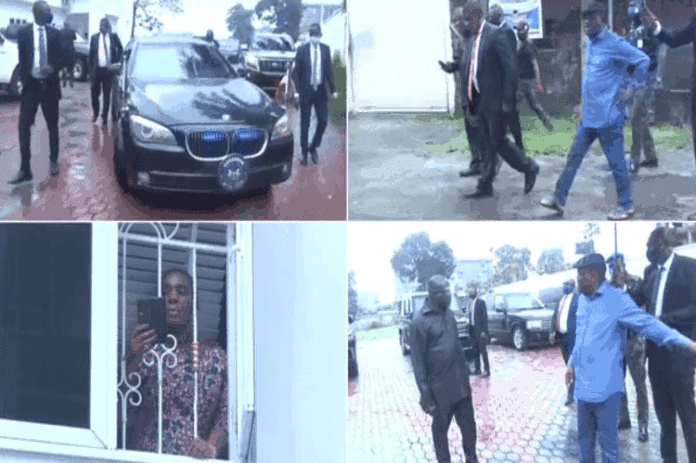 From the above description, the benefits and efficiency of warrants of arrest in the criminal justice system are obvious:

(1) It helps the police to be clear in their minds as to the facts that gave rise to the reasonable suspicion that a person has committed a crime.

(2) It helps the police to be sure of at least one offence that the person is suspected to have committed.

(3) The above two points require the police to investigate the suspect or the crime before the arrest is done. See as example the US case of Hushpuppi. The affidavit the FBI agent used to obtain an arrest warrant for Hushpuppi was detailed and clearly set out the facts of the suspicion after a long period of investigation.

(4) It also makes it easy for the police to be able to charge the suspect to court immediately after his arrest. This is because all that is needed to draft the charge has been done in the process of obtaining the warrant of arrest. Again, see Hushpuppi. The US Justice Department was able to charge Hushpuppi to court in less than 24 hours after his arrest. Compare that with the arrest of Ibrahim Magu who was arrested and detained for ten days and the government still could not charge him because they still don’t know exactly what to charge him with. Also, most cases in Nigeria are not charged to court within the 24-hour period stipulated by the constitution because the police never bother to obtain a warrant before an arrest.

(5) By having a warrant, the court has placed its stamp of approval and that suggests that the arresting officer is a genuine police officer acting with proper authority. And as long as the facts in the affidavit are accurate, the police officer is free from any accusation of unlawful arrest.

(6) It also means that the arrest was not a secret event and that the police would not later kill the suspect and deny ever arresting him. Almost all the cases where the police killed the suspect extra-judicially involved arrest without warrant. And there are shocking number of such cases.

(7) Also, when a person is arrested with a warrant, it is much easier for his lawyers to know where he is detained and what offence to prepare to defend against.

So, it is very important to ensure that arrests are done with warrants.

1) Where a crime is committed right in the presence of the officer.

2) Where a person makes effort to conceal himself from the police or flees upon sighting the police, and the arrest is pursuant to a hot pursuit.

This evil became so manifest in the case of Ms. Joi Nunieh of the NDDC. Who gave those police officers the power to go to her house by 4:00am to arrest her? For what offence was she being arrested? Which branch or command of the police force was to carry out the arrest? Which police command was she to be taken to so her lawyers would know where to meet her? What court would she be taken to? Of course, without a warrant of arrest, nobody could answer these questions.

The crisis of warrantless arrest was fully highlighted by the high drama involved in a state governor coming to Ms. Nunieh’s house with some other police officers in a bulletproof car, like an action movie star yelling at everybody just to rescue her from the police. It was a national disgrace to be rescuing a citizen from the police.

THERE IS HOPE FOR CHANGE:
Recently, Senator Orji Uzor Kalu, representing an Abia State constituency in the Senate, who recently witnessed first hand abuses in the justice system, has sworn to mobilize his colleagues in the legislature to carry out wide-reaching legislative reforms in the country. Kalu is determined and passionate about these reforms. His reform agenda is aimed to sanitize and modernize the criminal justice in Nigeria and to elevate the level of human rights protection in Nigeria to world standards. Nigerians need to support this important initiative. Otherwise, the abuses will continue unstopped.