Callister Amarachi Madu, the twin-sister of Osinachi Nwachukwu was the third witness that the prosecution has called to the stand. She rendered an extremely emotional narration of her observations and thoughts about the death of her sister, through interpreters.

Prosecution: Why in court?

Witness: “I came to seek justice for my twin sister.”

Prosecution: “What happened to your sister?”

Witness: “I came because of my sister’s death, what they did to my sister”.

Prosecution: “Can you tell this court what happened to your sister?”

Witness: “My sister is dead”.

Prosecution: “When did your sister marry defendant?”

Prosecution: “What was the relationship between you and your sister like?”
Witness: “She was my twin sister. We did things together. We grew up together”.

Witness: “The entire 12 years of her marriage, I never visited her. It was only after her death that I visited. I told her I wanted to come, and said it was well. But I never went until she died.”

Prosecution: “What was the relationship between her and your other siblings like?”
Witness: “We all grew up together and we were close but since she got married, we stopped being close. Her husband did not allow her to be close to us. He did not allow us to associate with her unless on phoned”.

Prosecution: “How many times did your mother visit Osinachi when she was alive?”

Witness: “She never visited her in her lifetime. Her husband never allowed that. When my sister was alive, my mother never visited her. The only time my mother went there was when she was sick. She had to beg to visit. She was allowed to stay only two weeks. I called one woman from Delta State to help my mother after she was asked to go. She stayed at the woman’s house for over a month before returning to Enugu. Since then, our mother never went back to visit again”.

Prosecution: “Name of your pastor and his wife?”

Prosecution: “How often did Osinachi visit your mom in Enugu?”

Witness: “Osinachi did not visit my mom. She did not even come to visit my mom, as a daughter should. Peter did not allow it. The only time my sister came was when my dad died. And when they came for that burial, Peter took them to a hotel instead of allowing them to say in our family house. My sister begged to stay in the family house. But Peter did not allow that. It was from the hotel that she, her children and the husband were coming to the family house during that occasion. Since then, each time she had programs in Enugu, she would invite my mother to meet her at the venue. She would just meet and hug her and not spend up to 30 minutes together”.

Prosecution: “Why would your sister not stay overnight in the house?”

Witness: “If she tried it, her husband would beat her.”

Prosecution: “Can you tell this court the relationship between Osinachi and her husband?”

Prosecution: “What do you mean by that?”
Witness: “Since the marriage, Osinachi had been suffering. Right from her first pregnancy, she had been suffering. The only thing her husband did was to beat her. When she was pregnant for the first child, her husband beat her mercilessly. She was taken to the hospital. But according to a nurse, Peter came around 2am in the night to take her home. I went to their place in Independent Layout, and was shaking the gate asking: “Peter, Do you want Osinachi to die?” From there, they went back to Abuja. I didn’t hear from her.”

Prosecution: “How did your sister suffer in the marriage?”

Witness: “She started suffering from the beginning of the marriage.”

Witness: “Peter used to beat her. He used mop stick and broke it on her body. My sister told me. When he was beating her, he was beating her like animal and he used to starve her. Any small thing, Peter would beat her. My sister would call me and tell me. And he used to beat her when she was pregnant. Whenever she asked him for money, he would refuse. My sister told me told me she had ulcer. But she was afraid to tell her husband for fear of being beaten. My sister called her and told her that the beating was too much, that she would leave before he would kill her. I told Osinachi that she should tell their elder sister. Our older sister told our mother and our mother sent her to bring Osinachi. Our elder sister went to Abuja and brought Osinachi and her children to Enugu. Osinachi stayed a year and three months with our family in Enugu. After one year, three months Peter came to beg for her to come back. My mother refused to allow her to go back. But Osinachi ignored advice and followed Peter back. She told our mother that once God has united husband and wife, there cannot be a breakup of that bond. After they came back to Abuja, it seemed the problem got worse.

“The only thing I knew my sister was suffering was ulcer, and it was not ulcer that caused her death. That was the beating. The beating involved blows to the chest.

“It was the blow to the chest that gave her pains that led her to the hospital. On March 23rd, she asked me to come to Abuja. When I came and we saw, she hugged me. We hugged each other. And she started crying. I asked her: “why are you crying? I’m here now.” Shortly after, her husband came in and asked: “what did you come to my house to do?” I told him: “I did not come to your house, I came to the hospital.” Peter was so furious that I came without telling him. Osinachi tried to calm him down.

“Peter insisted I must leave and became furious with Osinachi for trying to intervene. Peter said I must leave because they were expecting an important visitor. Osinachi begged me to leave. I left and was out for hours to allow their visitor to come and leave. After the visitor left, I went back into the hospital, and was discussing with Osinachi. Osinachi was not comfortable because she was afraid of Peter. By 11pm, Peter asked me to leave the hospital ward. Though it was too late, Peter insisted. I and my brother left. One man with car helped us by conveying us from the front of national hospital to where we could sleep. The next day, we returned to the hospital. Peter told the nurse to driver us out. This led to an argument, involving 4 of us. Osinachi later told me check her children at their school. I didn’t want to go for fear of Peter. But Osinachi cried and the I agreed to go.

“At the school of the children, the school staff wanted to get approval from the parents of the children in order for us to be able to see the kids. It was discovered that Osinachi’s name, as parent/guardian, had been canceled on the register of parents. As a result, the school called only Peter for parental approval, which he denied. Then Osinachi called me and told me to leave the premises of the children’s school. Apparently, Peter had confronted Osinachi for allowing me to visit their children. I still came to hospital, only to see Osinachi on oxygen. Her voice was faint and she was begging me to leave. (This was a very emotional moment – the twin sister broke down in tears. At the same time, in the opposite corner of the courtroom, Peter Nwachukwu broke down and subbed uncontrollably. The judge tried to calm them down). I hugged her. My brother also hugged her too. And we left. In front of the hospital, we saw Peter again and we told him that we were going. Peter demanded to know who gave us the right to go and see his children at their school. They told him it was Osinachi. He quarried them further. There was argument and a scuffle between my brother and Peter. The hospital security came to break it up. I knelt down and begged Peter not to separate me from my twin sister. We then hurried out of the place.”.

Note: Technically, the timeline here is very sensitive. She testified seeing Osinachi the weekend of 23rd March. This is a near crucial timeline, about two weeks to the day she died. She was an eye witness as to the Osinachi’s condition in the hospital on those moments she was there, and her observations are relevant because of that)

Prosecution: “How did you learn of Osinachi’s death?”

Witness: “A friend mistakenly called me and hinted that something was being said about Osinachi. I suspected something was terribly amiss with Osinachi. I called Peter on phone many times, but he didn’t pick. I started calling my sister’s number but no response. By 7pm, Peter called our mother. It was in that conversation that Peter told our mother that Osinachi was dead”.

Here, the lead defense counsel conducted a cross-examination on the third witness for the prosecution. Like he did with the two previous witnesses, the defense counsel expressed his condolences to the witness. Then, the defense narrowed his cross to just a few questions.

Defense: “Did you know the illness your sister was suffering from that took her to and kept her in the hospital?”

Witness: “No, I didn’t know and I couldn’t find out from the doctors because Peter did not allow us to speak with the doctors. But she was complaining of chest pain”.

Defense: “You never lived with nor visited your sister and you wouldn’t know what was happening in her house, right?”

Witness: “But she told me everything that was going on.”

Defense: “Did you remember that you gave a written statement to the police?”
Witness: “Yes”

There was a disagreement over this. The Defense lawyer was allowed to read the witness’ statement in court where it was shown that she wrote that in her statement with the police. The prosecution tried to suppress the effort of the defense to enter that statement into evidence. The court issued her ruling allowing Callister Madu’s written statement to the police to be entered into evidence as the first Exhibit.

This report was compiled by Eculaw News 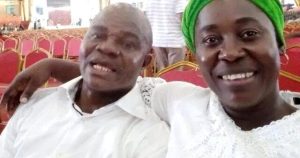 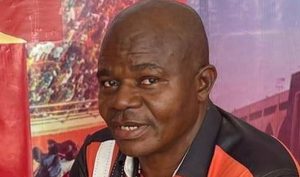