By Dr Greg Onabisi
Doctor of Law and Legal advocate

If a woman accuses you of rape and you claim it is false, you should never have her arrested by the police. If you do that, reasonable people will conclude that you are probably guilty.

This is what you do if a woman falsely accused you of rape:

(1) You can report the matter to the police so that the police can investigate her allegations of rape. What you are basically doing is to help the woman report the rape to the authority. But going to the authority so that they can punish or silence the woman will always look suspicious. It is another level of violation of her rights. Indeed, by trying to use the police to silence her, you prove that you could have raped her.

(2) You should sue her for defamation after the police have investigated and concluded that there was no evidence of rape and that there is no basis to prosecute you.

Rape is a special kind of crime. Rape is among a group of crimes called power crime. It is a crime the stronger person commits against a weaker party. There is always the power differential between the offender and the victim. That is why it is likely the head of the house that rapes the maid, the boss that rapes the junior female worker, the adult that rapes the minor, etc.

So whenever you are accused of rape, do not rush to show you have power or money or influence. Once you do that, you are emphasizing the power differential between you and the person accusing you. And by so doing, you are telling us that in fact, you could have raped her. You are indicting yourself.

The best way to defend yourself against rape allegation IS NOT by having the accuser immediately recant her story. Nobody believes such recanting. People know she recanted because you begged her or you bribed her or you threatened her. So recanting a rape allegation only suggests that you forced her to recant.

The best thing to do if falsely accused of rape is to speak with your lawyer and do it immediately. Then with the help of your lawyer, issue a statement denying the allegation and fully explaining what happened. In your public statement, avoid being unduly hostile to the accuser and don’t threaten her. Instead urge her to report the matter to the police or anywhere else she can get professional help.

The way D’Banj handled his rape accusations is most unwise. He had the lady arrested and detained. That’s so malevolent. It suggests he is guilty. 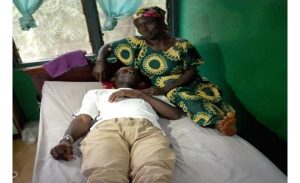 JUST IN: Tension in Anambra over alleged killing of Chimamanda’s sister 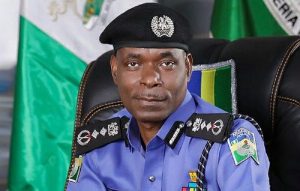