The Court of Appeal, Lagos has affirmed the judgment of a Lagos High Court, Igbosere which dethroned Michael Onakoya as the traditional ruler and Orijeru of Igbooye land, Epe, Lagos.

The king had approached the Court of Appeal and sought the order of the court to set aside the judgment of the lower court, which dethroned him and was delivered April 19, 2016, by Justice Iyabo Kasali.

But the three-man panel of the appellate court, Justice Mohammad Lawal, presiding, Justice Ugochukwu Ogakwu and Justice Jamilu Tukur, in a unanimous decision, dismissed the appeal filed by the deposed monarch.

The justices of the Court of Appeal held that the application filed by the former king of Igbooyeland was lacking in merit.

In the judgment read by Justice Tukur, the justices of the upper court upheld the two issues raised for determination of the court by the first to sixth respondents and seventh respondents in their respondents briefs settled by T.A. Dairo and Yusuf Ali (SAN) respectively.

The appellate court held that the first to six respondents have locus standi to institute the suit filed at the Lagos High Court.

The justices of the appellate court also agreed and granted the relief sought by the respondents that the appellant/claimant, Micheal Onakoya, is not a member of the Ewade Ruling House of Igbooye land and is not entitled to be appointed as an Oba (king) on the platform of the ruling house.

Justice Kasali, in her April 2016 judgment, granted all the claims of the claimants in the suit filed through their counsel, Tunde Oyende.

She declared that “the second defendant (Micheal Gbadebo Onakoya) is not a member of the Ewade Ruling House of Igbooye in Epe Local Government Area of Lagos State and is not entitled to be nominated to the stool of the Orijeru of Igbooye.

The court “perpetually” restrained Onakoya from parading himself as a member of the Ewade Ruling House of Igbooye, Epe, the traditional ruler and Orijeru of Igbooye land of Epe Local government.

The judge had declared the nomination of the second defendant, Onakoya, to the stool of Orijeru of Igbooye as illegal and of no effect.

Justice Kasali had also declared “that all the other defendants are hereby perpetually restrained from recognising the 2nd defendant (Micheal Gbadebo Onakoya) as a member of the Ewade Ruling House of Igbooye.

She held that “the 2nd defendant counter/claimant’s claim fails in their entirety and they are dismissed.”

The trial judge also described as fraudulent, the documents used by the deposed monarch for his nomination, selection and subsequent recognition by the government‎ for the stool of Orijeru of Igbooye land.

She agreed that the claimants were not aware of nor participated in the meetings purportedly held by the Ewade Ruling House‎ in August 1991, which culminated in his (Onakoya’s) unlawful nomination.

She also agreed with the claimant’s that they were not aware of the presentation of the 2nd defendant to the state government.

Justice Kasali said it was necessary for trial courts to take a stand against illegality and ensure that justice is done at all times.

Earlier, Justice Habib Abiru‎, who has now been elevated to the Court of Appeal, had in 2008, in his judgement in a suit no ID/1472/1992, dethroned the embattled monarch from the stool of Orijeru of Igbooyeland.

Justice Abiru declined to stay execution of his judgment in a ruling delivered on October 15, 2009, and likewise the trio of Justices C.C. Nweze, R.N. Pemu and F.O. Akinbami of the Court of Appeal on February‎ 27, 2013, in a different application filed by the deposed monarch.

The Lagos State Government had on May 17, 2016, banished the deposed monarch from Igbooye town following the two judgments by Justice Habib Abiru delivered October 2008 and Justice Iyabo Kasali delivered April 2016 after his dethronement as the Orijeru of Igbooyeland, Epe.

The letter banishing Onakoya from Igbooye, Epe was signed by the then Permanent Secretary, Ministry of Local Government and Community Affairs, Sanuth J.A.B. and also ordered him to stop parading himself as the Orijeru of Igbooye until another judgment setting aside the two judgments of the High Court.

The letter advised him to stay away from the community in order to prevent any breakdown of law and order until the situation is reversed.

However, following his appeal to the state government, the banishment of the deposed monarch was reviewed and was allowed to return home based on provisions of section 37 of the Obas and Chiefs laws.

The directive dated April 25, 2017, signed by Permanent Secretary, Ministry of Local government and Chieftaincy Affairs, Fola Padonu, instructed the deposed monarch to return to Igbooye “as an ordinary citizen of the community pending the final determination of your case; that you will not parade yourself in any manner whatsoever or act in any capacity and use of another regalia as an Oba within the administrative division where the community is located.”

It further instructed him to ensure that his return “will not incite the breakdown of law and order, or in any way disturb the peace of the community”.

e was also barred from engaging “in any act capable of disturbing the peace, order and good governance of the community and environs” among other directives. 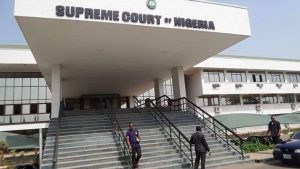 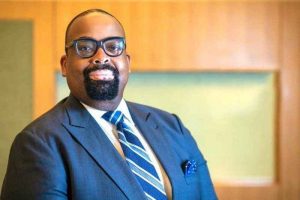